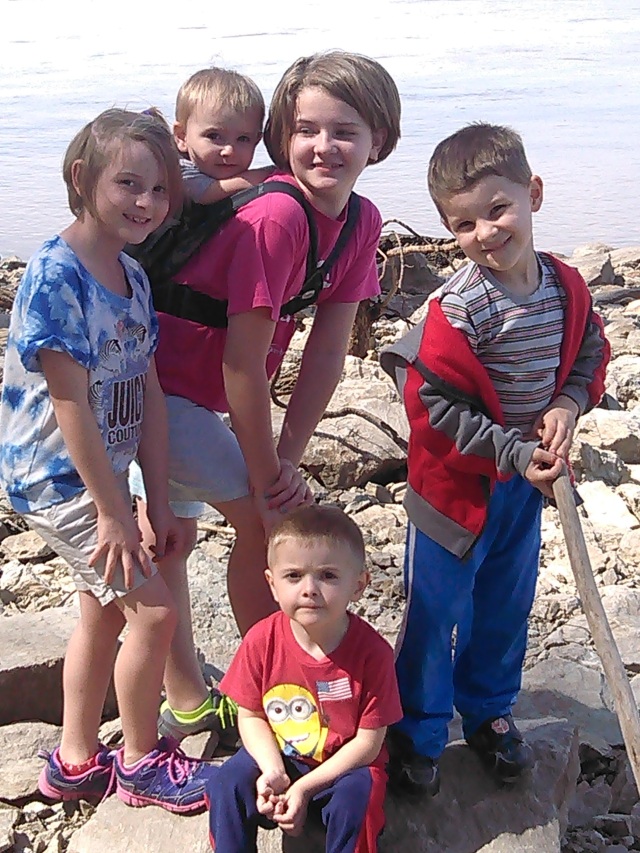 About the time the desire to buy a house and start a family kicked in – there was an earth shaking development in our marriage. You could say we were both in an agreeable extra-marital affair – but that sounds so questionable!  What it really means is that we both fell in love with Dave Ramsey.

If you have heard of Dave Ramsey – you either love him or hate him. We can’t get enough.  Now that isn’t to say we follow everything he says – but we do appreciate his “plan”.

So, when we got serious about looking for a house we really got serious about looking to see where our money was going. We had car payments, I had student loans, and we had some credit cards (nothing crazy – but it was still there).  We started using envelopes for everything, groceries, haircuts, clothes, eating out, “fun”, bills, you name it and we had an envelope for that.

There were times it wasn’t easy; and going to the grocery store with a limited amount of cash is a daunting task for sure. But, we are proof it can be done!  Besides the grocery envelope also taught us the value of a menu and list PRIOR to going to the store.  Of course, MrTB4M RARELY goes to the store by himself (list or not) because if it looks good – he buys it.

Slowly, the envelopes were working – we had an emergency fund; we were clearing the snowball; and then we found a house. A nice small 1000 square foot started home.  Of course, eight children later it appears it will be our finisher home too (at least the grounded finisher home).  But, now we have a mortgage and all the extra things that go with that (like a lawn to mow – which means lawn equipment; appliances; furniture; home owner’s insurance; and real estate tax).

Now we did take down wall paper and paint and fix things as they needed; but, there were no major changes to the house. Of course, I could daydream about all kinds of nice things or decorator ideas – new furniture, fancy fixtures, updated electronics – I could even explain how much happier it would make us.  Then there was reality, it is all fluff.  We really do have more than what we need with the basics we have.

So, money came in; money went in envelopes; and money left. The circle was brutal.  It sometimes felt we never saw the money at all.  Then we started adding little people to the mix.  Well, they may be little – but they are EXPENSIVE.  There is no single envelope big enough for all the “extras” for babies.  Of course, there are plenty of ways to be frugal (from nursing to cloth diapers to hand me down clothes to borrowed items, and the list goes on) but no matter how you look at it, babies are an added expense.

We stayed the course. We kept at the envelopes.  We added more babies.  We sometimes worked more hours and sometimes less.  The kids were growing (in number and size) and we knew we needed to step up our game.  The plan was to pay off the house; have college savings for the kids; and for me to stay home.  We buckled down.  It wasn’t easy, but it really wasn’t HARD.  It was just a lifestyle that we chose.

By this time the envelopes were replaced with a spread sheet (thanks to Excel) and most things are paid electronically. Even groceries are via debit card (and then a quick deduction from the spreadsheet).  We still make menus and lists; we still plan for big expenses (like new furniture/computer/clothing) but we were determined I would not have to work anymore.

February 2013 was it. I no longer had a paycheck coming in.  We were a family of 9 living on one paycheck; in a 1000 square foot home; driving a 2010 twelve passenger van.  We had no debt.  We did (and still do) have bills – living expenses such as electric/gas/water/food/phone service/etc.  The only difference was we are a bit larger than most families and we had less income than a lot of families.