To start with he is happier than he has been in a long time – he smiles, he laughs, he is relaxed, and he tolerates things a whole lot better. He is coaching 4 soccer teams (J3, J4, J7, and J8) and the business is holding its own.

As far as the business, there still has not been official advertisement – mostly word of mouth or people stumbling across old contact information from prior homeschool forum postings. You might ask how that is working. Well – pretty well; he has had weeks with 17 lessons and weeks with 9. This week is lower with only 5, but he also started teaching one of his co-op classes this week and started school with our own kids too. We have a couple of advertisement things in the works – a new Facebook page is coming as well as some signage on the car. But, reality is so far we are fine without it and it is STILL work optional as planned.

J2 has returned to school and is inundated with all things football as we anxiously wait to see which squad he is placed on. He isn’t expecting to gain much playing time this year, but is remaining interested and is actively working with the trainers to improve. J1 moves back to college this weekend. AND yesterday MRTB4M had a full day of school with the rest of the crew. Things went well and everyone was still smiling when I got home. So far…..so good! 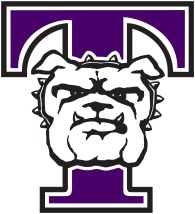